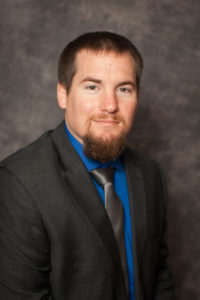 Dr. Marcy attended high school in Rushville, NE. He obtained his bachelors of biological sciences degree from the University of Nebraska Lincoln. He then graduated from the Midwestern Arizona College of Optometry. Dr. Marcy is a member of the American Optometric Association and the Nebraska Optometric Association. Dr.  Marcy is married to Taryn they have two children Brogan and Baby Bryce, and they reside south of Gordon. In his spare time, he enjoys hunting, snowboarding, brewing, and working on computers.

You can schedule your next eye exam with us online!